When it comes to the most iconic St. Patrick's Day drinks, Guinness is probably the first that comes to mind. Indeed, sipping on an Irish beer feels like a holiday requirement. But Guinness is just one of the many fantastic quaffs hailing from the Emerald Isle, all of which deserve a cheers or three on St. Paddy's Day.

So what kind of beer are we talking about? Guinness is big here for a reason: Ireland is most well-known for its stouts, which are generally characterized by roasted, unmalted barley and have a dark hue and roasty flavor. Also majorly popular are easy-drinking red ales, which tend to have a mild sweetness and a reddish tone. Hard cider—which technically isn't beer at all—is also a pub favorite, though it hardly resembles the sickly-sweet stuff Americans might associate with the category. Instead, Irish examples of the apple-based libation skew dry and refreshing.

Alongside these classic styles, Irish brewers also conjure takes on beers from around the globe, not to mention experimental brews that push the brewing envelop and challenge taste buds. They're all on this list, from light-bodied lagers and ruby-hued ales to hard ciders and roast-y stouts.

Fun fact: Some of the breweries behind these beers were founded way back in the 1700s, so you can be sure you're celebrating with the real deal. Pair them with bites of soda bread, hearty platefuls of slow-cooked corned beef and cabbage, and all manner of St. Paddy's-themed desserts.

And don't worry—there isn't a single green beer on this list. Green food coloring, you can take a hike.

Brewed since 1856 in Lady’s Well Brewery in Cork, Ireland, this creamy stout packs toffee and coffee undertones. Though dark in color, it sips with almost no bitterness, making it a great introductory beer for stout newbies.

OK, we couldn't not include Guinness on this list. This most famous of Irish stouts comes in a dozen varieties, including this chocolatey Extra Stout, which delivers notes of coffee and tobacco.

If you want a dark beer that smacks of Ireland's salt-splashed coastline, try this stout. It's brewed with fresh oysters—yes, really!—which lend the beverage a slightly salty, metallic quality. (Sorry, vegetarians—this one isn't for you.)

Ireland's other iconic beverage—Irish whiskey—makes a cameo in the brewing process of this amber ale from Cael & Crede. Barrel aged in Irish whiskey casks and made with locally-sourced Irish malt and water from the River Shannon, this libation is characterized by its creamy toffee and oaky notes and dry, whiskey-like finish.

Smithwick's, which dates back to as early as 1710, calls this beer Ireland's "most loved ale." Ruby red in color and with a creamy head, it's fruity on the nose with hints of caramel and biscuits. (Psst: In Ireland, a biscuit is a kind of cookie!)

If you prefer cider to beer, Magners offers a semi-sweet, crisp drink made with 17 kinds of apples. Don't mistake this drink for a sugar bomb: It leans on the dry side and isn't overly fruity. Magners knows what it's doing, too: The operation has been making ciders in Clonmel, County Tipperary, Ireland since 1935.

This pilsner-style lager is a true crowd pleaser. Light and hoppy but not overly bitter, it's perfect for sipping in warm weather on a back porch.

Founded in 1996, family-owned O'Hara's is a relative newbie compared to some of the legacy breweries on this list. It's all the more impressive, then, that this Barrow Valley operation has earned a name for itself with brews like this craft lager, which delivers hoppy bitterness, notes of citrus, and a long, dry finish.

Madison Flager Lifestyle Editor Madison Flager is the Lifestyle Editor at Delish.com; she covers food news and trends, travel-worthy food experiences, and the products you need in your kitchen right now.
Alexis Morillo Associate Editor Alexis Morillo is the Associate Editor at Delish.com where she covers breaking food news and viral food trends.
Felicia LaLomia Food & Culture Editor Felicia LaLomia is the Food & Culture Editor for Delish.
This content is created and maintained by a third party, and imported onto this page to help users provide their email addresses. You may be able to find more information about this and similar content at piano.io
Advertisement - Continue Reading Below
More From St. Patrick's Day Recipes
20 Cocktails That Are So Much Better With Baileys
29 Green Foods To Make On St. Patrick's Day
Advertisement - Continue Reading Below
25 Easy Irish Desserts To Make For St. Patty's Day
25 Easy Irish Appetizers
23 Perfect St. Patrick's Day Cocktails
40 Cabbage Recipes That Aren't Coleslaws
Copycat Shamrock Shake 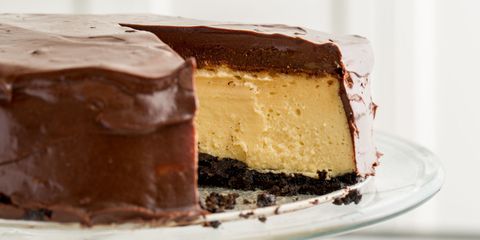